"Jewish women played important religious roles in the home. There they were responsible for upholding all religious laws that involved keeping kosher.  They helped their Jewish neighbors through tzedakah (righteous acts), such as providing a Sabbath dinner for a poor family and working in benevolent societies called khevres." 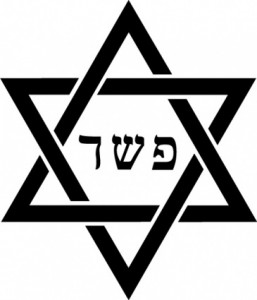 The domestic sphere was the responsibility of the women within the Jewish community, and this included child rearing and keeping a kosher home.  Women had to make sure that the food they were buying did not contain food that was treyf, or unfit to eat.  This meant making sure that all meat was butchered according to the church’s regulations and was kosher.  They also had to read labels on the food that they purchased to make sure that it did not contain any foods that were tabooed by the church.  The women were required to have two separate sets of dishware, one for fleishig, or meat, and one for milchig, or dairy.  These dishes normally sat if different locations within the cabinets and had different patterns.

“My parents got tired of eating potatoes, and prairie dogs weren’t kosher.”

While women in the Jewish community were responsible for the domestic sphere, they also had responsibilities to the community through work within the synagogue, charities, and work outside of the home.  There is a Jewish law that states that women cannot be managed by a man other than her husband so working outside of the home was limited.  The first women to immigrate to the Fargo area typically either were seamstresses or went into business alongside their husbands.  However, some women took in boarders and/or helped their husband with farming responsibilities.  Second generation women tended to be more educated and took jobs as social workers, teachers, and bookkeepers.